Ecco Theatre Arts consists of a team of competent, committed and experienced teachers. Allow us to introduce them to you on this page.

Amanda began dancing at the age of 2 and has never stopped since. As a teenager she was a freestyle and rock n roll champion reaching the British finals on numerous occasions. She then switched styles and trained in contemporary dance at the world famous Laban Centre in London. On graduating she returned to Sheffield and gained her teaching qualifications in ballet, tap, modern jazz, theatre craft, freestyle and rock n roll and opened Ecco in 1993. The school has grown from one class a week to classes 6 days of the week. In 2012 she achieved her goal of owning her own studio. Amanda is married to Rob and has 2 children who have both inherited a love of dance and performing. 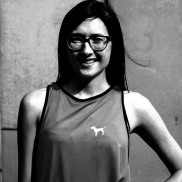 Helen began dancing competitively at Ecco Theatre Arts when she was 12 and started training for her teaching qualifications at 17. She qualified as a dance teacher in 2010 and has been teaching freestyle, street, commercial, rock n roll and slow dance classes for Ecco for the last 6 years. Helen says "There is nothing more fulfilling to me than helping my students realise their potential and seeing them grow in confidence and ability." In 2014 she decided to branch out into teaching dance inspired fitness classes for adults and has discovered a real passion for encouraging women to get into exercise helping them achieve their fitness and weight loss goals. She currently runs classes around Sheffield details of which can be found at www.dancefitwithhelen.com. Helen is also a championship adjudicator for the Association of Dance and Freestyle Professionals judging at competitions around the UK. In addition to her dance teaching qualifications in freestyle and rock n roll, she holds a First Class BA Honours Degree in Arts Management. 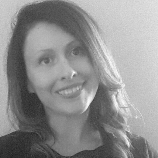 Rebecca began dancing at the age of 6 and danced competitively with Ecco Theatre Arts in freestyle disco and rock n roll competitions until the age of 16, in which time she reached championship status with her dance partner.
After studying Art and Design at college, she returned to train for her teaching qualification in freestyle dance. Qualifying in 2008 with the International Dance Teachers Association, she has since been teaching freestyle disco, commercial street and rock n roll classes at Ecco. Becky loves making classes fun for all and enjoys seeing her students go from strength to strength. 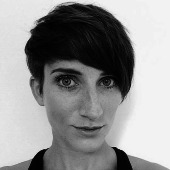 Carly started dancing at the age of 4 and danced competitively with Ecco Theatre Arts in freestyle and rock n roll, reaching championship status. From 2004 she continued dancing into further education, beginning training in contemporary dance at college and university. Graduating from Chester university in 2009 with a BA HONS in Dance, Carly has performed with various dance companies throughout north Wales and Cheshire gaining experience on stage. In 2010 she also began her teaching career becoming a dance practitioner for North East Wales Dance working in schools and the community. Since moving back to Sheffield Carly has continued to build her dance career working in schools and the community across Sheffield and taking her passion for dance and fitness to develop her own dance fit classes. In 2011 she qualified with IDTA in freestyle and now teaches freestyle and contemporary at Ecco. Carly loves to perform, create and inspire. 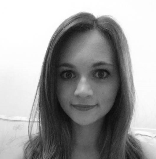 Rebecca starting dancing at the age of 4 and hasn't stopped dancing since. She has taken many Tap, Ballet, Modern Jazz and Theatre Craft exams and been in too many dance shows to remember! She continued her love of performing at college and university going on to gain a BA (Hons) in Physical & Dance Theatre. In 2012, Becky was lucky enough to dance and perform in the London 2012 Olympic Closing ceremony, performing alongside One Direction, Pet Shop Boys, Rita Ora and many more. She considers this one of her greatest achievements. After returning back home from university, Becky returned to Ecco and began teaching Ballet, Tap and Theatre Craft. She is now preparing for her Diploma in dance teaching in Ballet.

Claire and Amanda set up our Performing Arts Classes together back in 2012.
Claire’s love for the theatre is second to none and she is always determined to make every Ecco production bigger and better than the last! Claire is passionate about making theatre accessible for all and promoting the arts. She is devoted to her students and always ready to give her free time to help students with audition preparation whether it be for an Ecco show, a professional production or an application to further education in the arts. Claire offers private singing tuition to any students wanting to build their skillset.

Casey began dancing competitively with Ecco Theatre Arts at the age of 9. She competed in ADFP freestyle disco and rock n roll competitions around the UK and worked her way up to championship status in Freestyle Solos and in Freestyle Pairs with her dance partner. When Casey retired from competing, she decided she still wanted to be a part of the freestyle world and would like to teach the next generation of Ecco competitors. She joined the Ecco competition teaching team in 2019 and is currently preparing for her Associate Freestyle teaching exam. Casey loves being involved in freestyle and is passionate about delivering a power and freshness to her students and their routines.

Charlotte has been dancing at Ecco since the age of 4 and has studied Ballet, Tap, Theatre Craft, Contemporary, Freestyle and Rock and Roll. She currently teaches our pre-juvenile ballet and tap class and still attends Commercial and Adult Tap. During her time as a student at Ecco, she was nominated for an IDTA Freestyle Scholarship and won Ecco’s Special Recognition award. Not only is she invested in dance, she is dedicated to teaching and cares deeply about developing good teaching practice. Charlotte is studying Early Years and Primary Education at Sheffield Hallam University. She is currently working towards furthering her teaching qualifications with us here at Ecco.