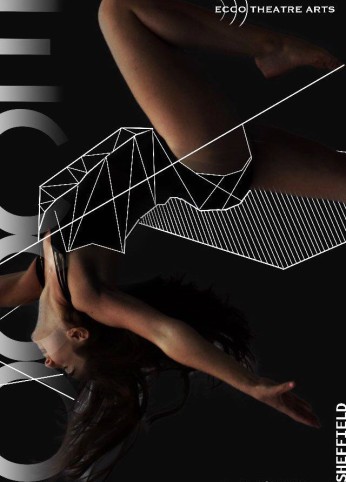 Ecco Theatre Arts offers classes and individual tuition to people of all ages and abilities. We specialise in classes for children, young people and adults who wish to learn something new or build on their existing skill-set in singing, dance and drama.

Students can start with us as young as 2 years old. We have programmes suited to all ages and levels of ability. Ecco work towards productions throughout the year. We train students to have the ability, knowledge and confidence to take exams through the I.D.T.A. examination body.

We have many different styles of dance that children and young people can study here at Ecco. They include Ballet, Commercial, Contemporary, Freestyle/Street, Pre-School Dance, Tap, Theatre Craft, Theatre Dance and Rock and Roll. We also offer Performing Arts sessions which cover dance, drama, and singing. You can come to as many different classes as you like during the week.

This classical dance form is full of elegance, grace and creative expression. Ballet technique is beneficial for many dance styes. It builds strength, control and flexibility in dancers and improves their posture. Ballet performances are known for their beauty and spellbinding effect.

Commercial is a style of dance that’s got bags of personality, attitude and sass! Commercial dance refers to the type of dancing you see in music videos, at concerts, on television and in (that’s right, you guessed it) commercials. It’s heavily performance-based and involves working the camera or the stage to engage the audience. It’s full-out, feel good and on-trend.

Freestyle is an athletic dance style that includes runs, jumps, leaps, kicks and spins along with body action, armography and diverse moves. Street is a cutting-edge dance form inspired by hip hop culture that developed outside of dance studios in open spaces. There’s a focus on getting down into the ground, bounce action, isolation of the body and syncopated timings. It gives the dancer freedom to express themselves to the music. Our Freestyle/Street classes cover both styles. They are high energy and incorporate all the latest trends and music.

This class is open to students who attend our Freestyle/Street classes and are interested in the prospect of competing at ADFP Freestyle competitions. The aim of the class is to prepare students for joining our competition squad. The class focuses on teaching students all the basic moves and components of competitive Freestyle dance. Our competition teaching team decide when students are ready to become members of the squad and move up to the competition crew training classes. This is reviewed termly.

Our performing arts sessions involve acting, dancing, singing and delve into every aspect of creating and developing pieces of drama and putting on shows. Audition skills are covered and students have the opportunity to audition for main parts in showcases which all Performing Arts students get to be a part of.

A fun introduction to dance for ages 2-4yrs. A mix of theatre dance, freestyle and party dances to engage the young dancer.

A fun, rhythmical dance style. Tap is as popular today as it was in its heyday when the likes of the great Fred Astaire and Gene Kelly were tap dancing on the big screen. It’s been brought bang up to date with shows like 'Tap Dogs' and 'Stomp.'

Theatre Craft is all about putting on a show! It’s an exciting and diverse dance form packed with style. It includes kicks, turns and props and explores rhythm.

A mix of varying styles including Ballet, Theatre Craft/Jazz, Lyrical/Contemporary.

Rock & Roll is an entertaining and energetic dance form that uses great music. It can be performed with a partner or individually.

All our staff are IDTA qualified and DBS checked. Please see our staff page to get to know us.

"Ecco's mission is to offer high-quality performing arts lessons at an affordable price for all. We aim to encourage children in the art form they chose to do, helping pupils with their self-confidence and self-esteem."

Lots of the children that come to Ecco have had the chance to perform with professional companies. Here are some of the productions students have been a part of:

Memories Are Made Of This - November 2019 - Penistone Paramount

All Our Yesterdays - April 2018 - Penistone Paramount

Beauty and the Beast - December 2017 - The Cast Doncaster

Jack and the Beanstalk - December 2016 - The Cast Doncaster

Memories Are Made Of This - April 2016 - Penistone Paramount

Memories Are Made Of This - October 2015 - Penistone Paramount